BOMBING OF GERNIKA
By Aiala Redondo 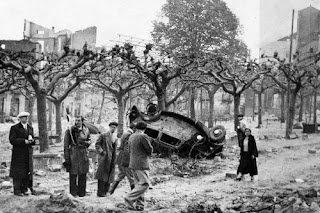 “Mom, where I leave these boxes?”
“Leave them here, I will take them.”


It was Monday, and as every Monday I was helping my mother in the marketplace. I only lived with my mom Arantza because my dad was fighting in the civil war. All the nights I thought about him and I was waiting hopefully the day that I would see him again and we would be all together.


I liked the Mondays because we went to the marketplace and I saw all the people of the town. Sometimes (when I didn't have to help my mother) I played with my friends Ainhoa and Endika. Their fathers were also fighting in the war and their mothers worked at home.


I was helping my mother when my friends Ainhoa and Endika appeared:


“Hi, Iker! Do you want to play with us?” Ainhoa asked me.
“I would like to go but I have to help my mother” I answered sadly.
“Go with them, I can pick up this alone” my mother said.
“Thank you mom! I will come soon” I answered happily.


“Do you know something about your father?” Endika asked me when we arrived in the shack.
“No and my mother is worried” I answered him.
“My mother is also worried because the last letter that my father sent us was 6 months ago” Endika said sadly.
“I received yesterday a letter from my father saying that he is coming to Gernika the next week!” Ainhoa said happily.
“Oh! I am so glad!” We said Endika and I at the same time.
“Well, we are not going to talk about sad things, we came here to play” said Ainhoa.
“Yes, we have to continue building the shack” I answered.


I decided to walk around the shack for picking up wood for building the shack. Suddenly, I heard a lot of noise and I looked to the sky. There were a lot of aeroplanes flying through the sky. I ran quickly to the shack.


I arrived in the shack and Endika and Ainhoa were crying.

“What happens? Who were they?” I asked them.
“I think that it is the army of Franco and that they bombed Gernika” Endika answered worried.
“We have to go to the marketplace, my mom is there” I said worried.
“No Iker, the marketplace is a very dangerous place, we have to be safe”


We went to the top of a mountain to be safe. When we reached the top we could see all the town. It was all destroyed. The town was in ruins, the houses, the buildings, the streets, the people...  it was all destroyed. When I saw all the ruins I started crying. I didn’t believe what I was looking.


We went again to the shack. We argued for a long time. Because I wanted to go back to Gernika, because my mother was there and I was worried. But, Ainhoa and Endika said to me that it was very dangerous because maybe the Nationals would bombard Gernika again. Finally, I obeyed them and we decided to sleep in the shack and to go back to Gernika the following day.


That night I didn’t sleep anything. I was thinking all the night about my mother. I was very worried, because she was in the marketplace, and when we looked Gernika from the top of the mountain the marketplace had disappeared. I remember the last moment that I saw her. She was saying goodbye with the hand from the marketplace.


In the morning, we went back to Gernika walking. We didn’t believe that that was our town. Our houses, the marketplace, the church… all was destroyed. I started shouting:


“Arantza! Ama! Arantza! Where are you? Can you hear me?” nobody answered.


Suddenly, a high and uniformed man appeared behind us and he said to us:


“Are you ok? What are you doing here? Where are your parents? Come with me, you are not safe here.” he told us.
“But I have to find my mother! she was in the marketplace!” I answered crying.
“Come with me, we will find her, don’t worry” he answered.


We went to the hospital of Bilbao. There, there were all the injured people of the bombing. The man that we met in the ruins of Gernika was a young policeman that was finding the survivors of the bombing. He asked us a lot of questions: our names, the names of our parents, our address, if we had family in Gernika and out of Gernika, our age…


When he finished with the questions Endika, Ainhoa and I started speaking:


“Do you think that our moms are alive?” Ainhoa asked.
“I don’t know… I hope… because if not, I don’t know what I am going to do…” I answered.
“We can search in the hospital, maybe one of our moms is here and we don’t know”  Endika said.
“Ok, we don’t have to do any other thing now” I answered sadly.


We searched all the floors of the hospital except the last one. Suddenly, we heard a known voice behind us. We turned all together and she was the mother of Ainhoa. We all started crying. The mother of Ainhoa was in the church when the bombing happened. She told us that it was horrible, she had to hide in the bunkers. There, a lot of people died. There were approximately 500 people of the town, including children and old people.. Suddenly, she started crying. She told me that my mom was there with her, but that she died. She told me that my mother told her “If you see again my son, please tell him that I love him a lot”.


That was the worst day of my life. After talking with the mom of Ainhoa, the man that helped us went to speak to me. He said to me, that a sister of my mother lived in Bilbao and that I would have to live with her until my father came from the war. That aunt was called Aitziber and never had seen her in my life.


The following years were hard but I lived happy with my aunt Aitziber. My father also died in the war, and because of that I lived all my life with my aunt. He was like a mother for me.


Ainhoa lived with her mother in Gorliz, a town of Biscay near the beach. Endika had to exile to France, to a camp with other children without parents, because his mother died in the bombing, his father in the war and he didn’t have family in the Basque Country. 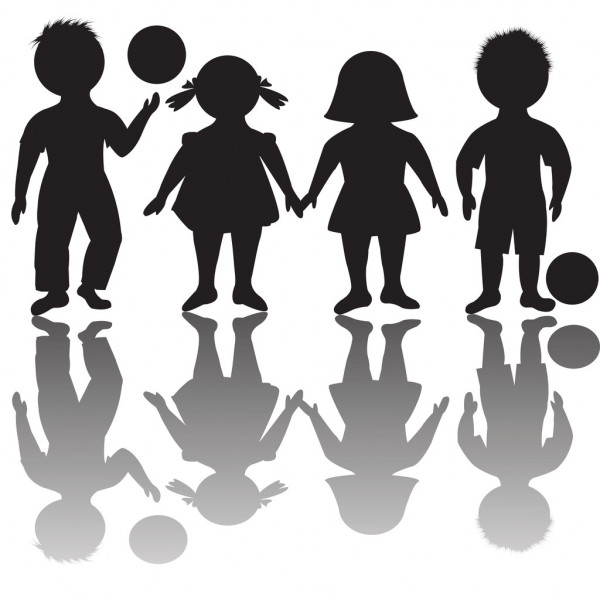